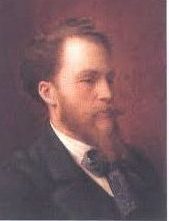 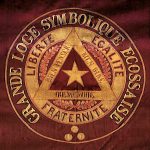 Maria Deraismes (1828-1894), journalist, feminist and woman of letters, was initiated on January 14, 1882, to the Lodge “Les Libres Penseurs” in Le Pecq, a small town west of Paris. She was the first woman to be received in a Masonic Order according to the same ritual as that practiced during the initiations male. Sound initiation caused considerable turmoil in French Masonry and the lodge “Les Libre penseurs” was suspended from its obedience (Scottish Symbolic Grande Lodge, yet libertarian in orientation), until Maria Deraismes distanced herself from the work of the lodge.

Eleven years later, on 4 April 1893, Maria Deraismes, with the help of Dr Georges Martin, who had brought about her admission into Freemasonry, created in Paris the first mixed-gender Lodge which gave birth to what would eventually become the International Order of Freemasonry for Men and Women, LE DROIT HUMAIN.

From the very beginning, by its title LE DROIT HUMAIN that lodge demanded the same rights, social justice, education, and equality for all men and women and promoted a symbolic method of work available to all in the world.

Other lodges with “mixed groups”, inspired by the same values, were then created in Paris and in the provinces and organized themselves into a “mixed group” Grand Lodge (the Scottish Symbolic Grand Lodge for Men and Women), reproducing the model of the existing Male Obediences.

Given the death of Maria Deraismes in 1894, the task of organizing and developing the DROIT HUMAIN will come back to Dr. Martin. His energetic will will will lead him to reach across borders, ethnicities, religions and cultures.

The mix and internationalism wanted by the founders could not be satisfied with a GreatLodge, established on a national territory. 1901 saw a radical change in organization and the birth of the International Order of Freemasonry for Men and Women LE DROIT HUMAIN. At the instigation of the Supreme Council, the keystone of this new organization, some logias appear in other countries. In each country, the Masonic law, in order to be in accordance with local customs, is voted by the Freemasons of the country but must be approved by the Supreme Council. In a world often threatened by totalitarian regimes, the Order professes no dogma and rejects all dogmatism. 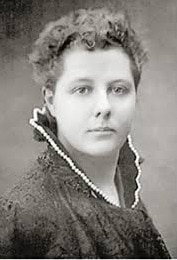 Annie Besant – Annie Besant – a free-thinking speaker who took part in the workers’ struggle in England and fought for Indian independence.

In 1902, the Order was established in Great Britain by Annie Besant (British lecturer, feminist, freethinker, socialist and theosophist), who promoted its expansion in many countries. of Anglo-Saxon culture.

Since its creation, the International Order of Freemasonry for Men and Women LE DROIT HUMAIN has experienced continuous expansion, with the exception of the years of the two World Wars. To date, it is present in more than sixty countries on five continents and has nearly 32,000 members.