The International Order of Freemasonry for Men and Women LE DROIT HUMAIN is a democratic association based on the basic principle of the division of powers.

Every five years an International Convention brings together delegates from all federations, jurisdictions and pioneer lodges. It works as a representative democracy, every delegate having been elected by its national body.

Within each federation, there is also a national convention, an assembly of delegates of the lodges. It meets at least once a year and decides on the local functioning of the federation. 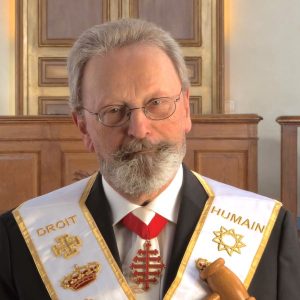 The Supreme Council in turn elects its President, Grand Master of the Order and its Officers.

A judicial body exists within each federation – whose members are elected by the delegates of the logias. An appeal body is established within the Supreme Council.

Applications for admission are the responsibility of each Lodge . Any request which reaches the Master of the a Lodge is subject to review by the Lodge and if the examination proves successful the final state is for the candidate to be interviewed “under the blindfold”.

At each stage the Lodge shall decide by a vote of its members whether to continue the process. The ballot must result in a majority being in favour. The administrative bodies of each Federation and of the Order will ensure that procedures are conducted according to regulations.

How do I leave the Order?

Every Freemason may at any time give formal notice his wish to resign from the Order. Members of the Lodge take note of this and forward the resignation to the National and International administrative bodies.